This week gun owners will see Congress voting on the largest attacks on our gun rights since the 2013 Machin-Toomey battle!

The House is set to vote on two bills, at least.

H.R. 2377 is Biden’s push for a national ‘Red Flag Gun Confiscation’ law that would allow you to be disarmed through secret court hearings and before you’ve even been charged with a crime.

H.R. 7910 is a massive omnibus bill that outlaws 30-round magazine, raises the age on gun sales, forces you to register homemade firearms, regulates bump stock and much more.

That’s why the North Carolina Firearms Coalition is on hand in D.C. this week — along with our national affiliate the American Firearms Association — meeting with members of Congress, insisting they VOTE NO on gun control! 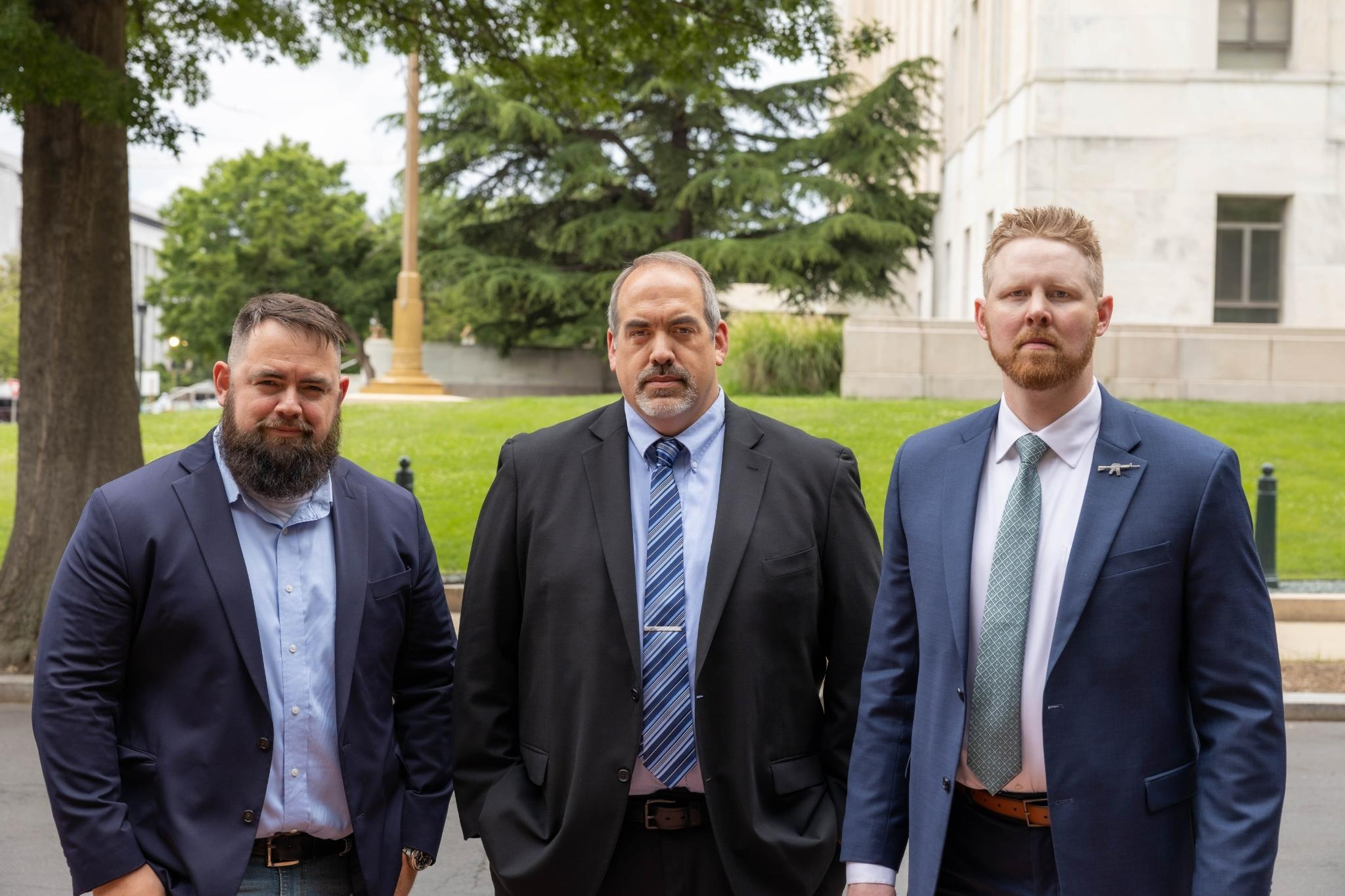 (The North Carolina Firearms Coalition and our national affiliate, the American Firearms Association, are on hand in D.C. this week, fighting to stop the radical left’s war on the Second Amendment!)

While the situation is changing rapidly, we expect the House to vote on both bills that I outlined above tomorrow! There are three ways you can help us, right now:

Second, send a fresh round of emails to your Congressman insisting that he/she oppose these bills before the vote takes place tomorrow. Remember, you need to send two emails. Go here and here.

Third, please make an immediate donation to help us fight! I know we’ve asked a lot of you over the last three weeks. But this is biggest attack on our gun rights in years, and we need to push back with everything we’ve got!

We’ll be giving you live updates all week long via our social media pages and email. And with votes happening this week in the House, and RINOs negotiating in the Senate, plus stay tuned!