The moment the news broke earlier this week about a mass shooting in New York City, every gun grabber in America crossed their fingers and hoped for the best.

Of course, to these demented people, ‘the best’ would mean that the criminal would end up being a young white man with a ‘ghost gun,’ who drove a pickup from a ‘red state,’ with a Trump sticker on the bumper and a Bible on the dashboard.

Then, with the suspect safely in hand, they would use this situation to advance their demands for unconstitutional gun control — just like they’ve done countless times before.

However, as is often the case, once the facts of this situation came to light, not only could Biden and his handlers NOT use this case to advance their agenda, they’ve already begun to run from it!

Far from being some farm kid from ‘Trump Country,’ Frank James was born in the Bronx and bounced around from blue city to blue city his entire life, spouting off his racist hatred for white and Hispanic people in countless YouTube videos. 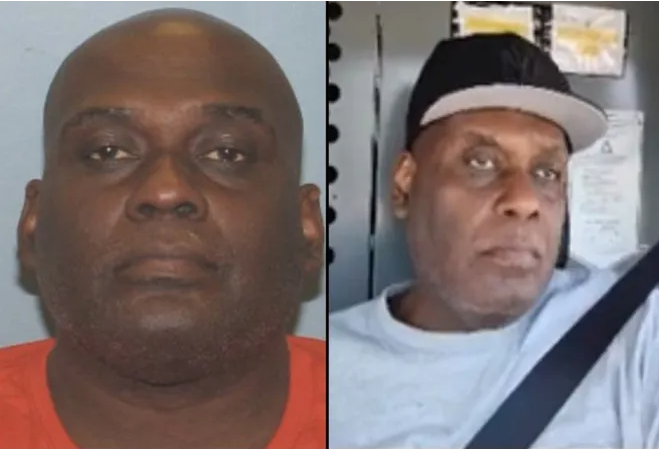 (Frank James, the NYC would-be mass murderer, who had been previously interviewed by the FBI, was a repeat criminal who bought his firearm after first passing a background check!)

While the media and Joe Biden’s handlers would love to have reported that the suspect was arrested with an AR-15 ‘ghost gun’ with a 100-round drum mag, they couldn’t do that either.

And instead of using a ‘ghost gun,’ an illegal gun, or a gun bought through a ‘straw man’ sale, James bought the Glock 17 used in this crime spree in a gun store — after first passing a background check!

Not only that, but James has been arrested DOZENS of times for crimes ranging from criminal sex acts to terroristic threats. But — likely due to NYC prosecutors being more concerned about incarcerating cops than criminals — James wasn’t a felon.

In fact, James’ record was so bad that the FBI had previously interviewed him! But instead of bringing charges against him, the FBI cleared James. Some sources indicate that was because they simply lacked the manpower to investigate him further.

Of course, the FBI has PLENTY of time for politically correct sham investigations that suit Biden’s political agenda, including:

>>> Investigating parents who complain when local school board decide to force feed their children a diet of moral perversion under the guise of ‘sex education.’

>>> Trying to entrap and then convict Trump supporters in a fake kidnapping case involving radical leftist Michigan Governor Gretchen Whitmer. Thankfully, the jury saw through that.

>>> Spending countless hours ‘investigating’ what a clearly fake race crimes, like the supposed noose that was found in a NASCAR driver’s garage in 2020.

This list is quite literally endless! Perhaps if the FBI wasn’t so busy launching fake investigations to advance their leftist agenda, they would have time to look into real criminals! 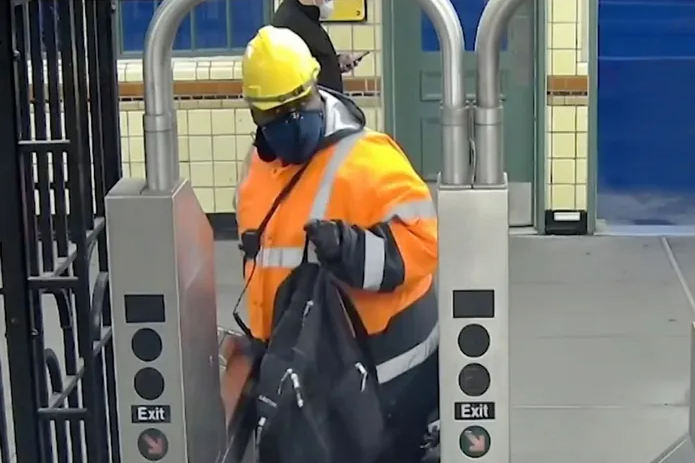 (NYC subway shooter Frank James, pictured here, in a disguise that apparently confused the FBI and allowed him to escape. James was caught only after he called himself in.)

In fact, after being able to evade the FBI while openly walking around NYC’s East Village for 30 hours, James CALLED HIMSELF IN to a local Crime Stoppers hotline!

This shooting highlights the utter and complete failure of background checks when it comes to stopping criminals. It also shows what happens when the FBI gives up on pursuing criminals, and instead, unleashes on Biden’s political opponents!

Following these shootings, I occasionally hear from a few gun owners who have been so beat down by the media they wonder if we shouldn’t agree to some ‘limited’ gun control, in hopes that it could stop a future attack.

So on the off chance that you’re feeling that way, I hope you’ll read this email and redouble your efforts to fight to stop the radical left’s gun control agenda with everything you have in you! 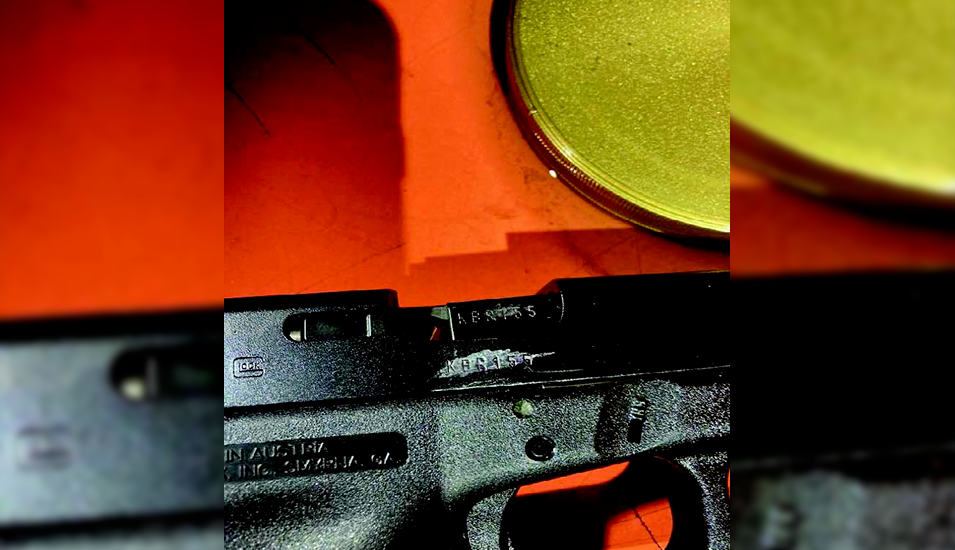 (The Glock 17 used in the NYC subway shootings earlier this week. Far from a ‘ghost gun’ this pistol was bought by the gunman, legally, after passing a background check!)

If gun owners ever give in to the radical left’s agenda, these crime sprees will only accelerate across the country.

But don’t forget, while individual criminals are dangerous and can kill individual people through their actions, no entity has murdered more people throughout human history than governments!

What has kept America free for hundreds of years — what makes our nation the envy of the world — is the fact that 100 million citizens own 300 million firearms. If we lose that, our nation will eventually succumb to tyranny and our grandchildren will be the ones that pay the price!

That’s why I hope you’ll continue to stand with us as we fight to defeat gun control in D.C., while we also fight to advance Second Amendment freedom here in Ohio.

And don’t be surprised to hear very little about this NYC subway shooting on the news now that everyone knows it doesn’t fit the gun-grabbers’ narrative!

P.S. While Joe Biden’s handlers hoped that the NYC subway shootings would bolster their push for tyrannical gun control, the opposite happened as this gunman passed a background check!

Read the email above for all the facts that you won’t hear from the national media, and then redouble your commitment to our great Second Amendment. If we lose these freedoms, our grandchild will pay the horrible price!