These are the 10 TRAITOR Republican Senators announced as having cut a deal with gun-grabbing Democrat Senator Chris Murphy (CT) on GUN CONTROL! 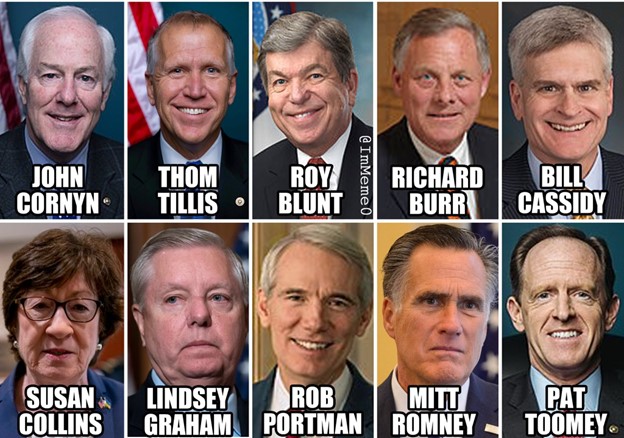 The main focus of this “framework” is billions of taxpayer dollars being sent to the states to pass and implement Red Flag Gun Confiscation laws.

But also rammed into the deal is a new waiting period for 18–21-year-olds, billions for so-called “mental health”, and other attacks on our Second Amendment.

Make no mistake about it, this “framework” is the biggest expansion of federal gun control in over 30 years.

Here are the 10 TRAITOR Republicans:

But also keep in mind that this is just a “framework.”  As of this writing, the bill hasn’t been completed.

There is time for gun owners to crush this deal and protect our rights, but we must move fast.

Right now, the North Carolina Firearms Coalition is spending BIG MONEY every single day mobilizing every gun owner we can find to OPPOSE these gun control attacks in DC.

Please contribute to this mobilization effort and help us pour on the gas by contributing as much as you can afford right now!

And if you’ve yet to join up or renew with NCFC, get on board for 2022 today!