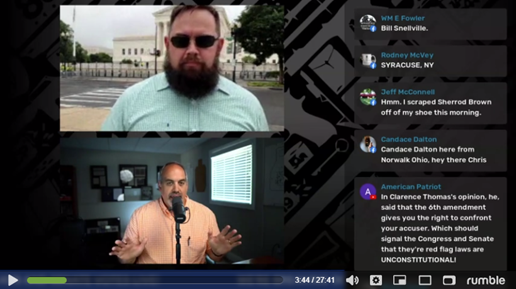 While we’re working around the clock to keep you up to speed on the NRA-backed gun control bill that is advancing in the Senate, we wanted to make sure you saw the good news in D.C., too!

Earlier today, the Supreme Court of the United States issued a landmark ruling that is reverberating around the country and that will provide massive relief to gun owners in ‘blue’ states.

For the details on this ruling, and for specific information on what it means for gun owners who are currently unable to carry a handgun for self-defense, watch our video report below!

As you heard, this decision will crush the tyrannical chokehold that Democratic run states have had on gun owners for over 100 years and allow millions of people to carry firearms by:

This is a massive victory for gun owners and the Second Amendment! And it comes during a time when the Radical Left, RINO Republicans, and the NRA are working to pass a massive gun control bill in D.C. — making this win that much sweeter.

We’ll have much more on this and the fight in D.C. coming shortly. In the meantime, feel free to forward this video to anyone who has questions about today’s decision.