This is a Red Alert for all North Carolina gun owners and gun rights supporters.

Your US Senator, Thom Tillis, is bragging about how he is negotiating with Democrats Chuck Schumer, Chris Murphy and a whole bunch of RINO’s in DC to find a ‘compromise’ on a federal “Red Flag” gun confiscation law.

Please watch our latest video on this betrayal and what you can do to take action for our freedoms: 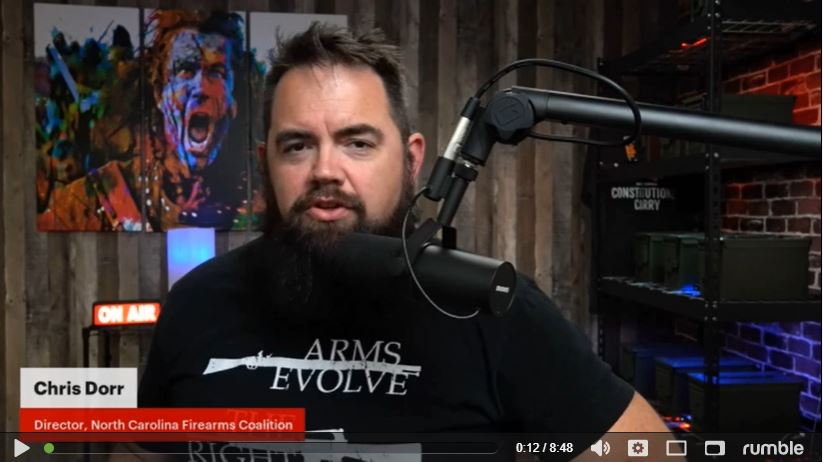 Gun owners need to stand up and FIGHT against Tillis!

Right now, when our freedoms are under full-blown assault, our “Republican” politicians need to be going to war, not waving the white flag of surrender or the yellow stripe of a coward.

In other words, Senator Tillis busying trying to stab US in the back instead of taking the fight to the Leftists. What a damned shame.

But as I alluded to above, he isn’t alone.

Other quisling ‘Republican’ senators like Lindsay Graham, Marco Rubio, Rob Portman and John Cornyn are also heavily involved in this.

Keep in mind Chuck Schumer only needs to peel off 10 Republicans in order to overcome the filibuster and ram this stuff through!

That’s why you and I need to drop the political HAMMER on Tyrant Thom Tillis and tell him HELL NO on all gun control, period!

Send your email to him now by clicking here or on the button below:

Once you’ve done that, I hope you’ll consider a donation of any amount to help the North Carolina Firearms Coalition keep the pressure white hot in Congress.

But most importantly, watch our video and take action NOW!