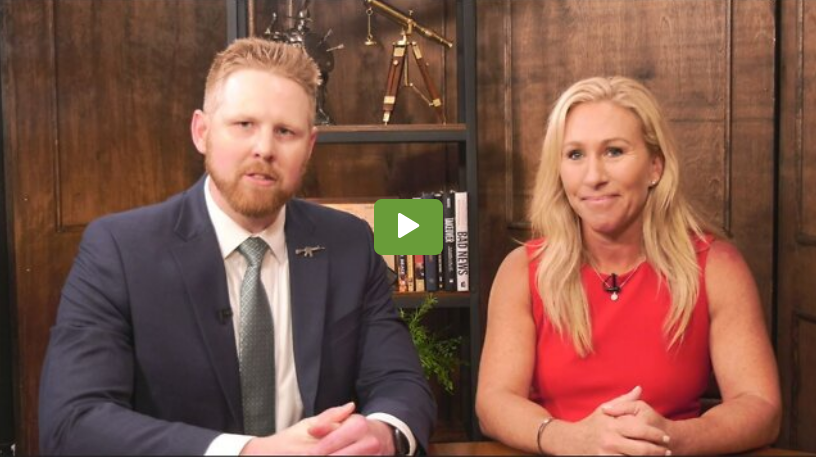 RINOs in the Senate are actively working on a ‘compromise’ gun control bill with Chuck Schumer. In the House, backstabbing moderates are supporting Pelosi’s push for a total ban on our AR-15s!

Every time gun owners count on them, Republicans welch out and look for ways to appease Joe Biden and the radical left as they try to disarm us.

But that’s NOT the case with Georgia Congresswoman Marjorie Taylor Greene from NW Georgia! These days, MTG is the most vocal defender of the Second Amendment in the entire House of Representatives!

Earlier today the American Firearms Association — our national affiliate in D.C. — recorded this video update with MTG as she works to lead the charge against this week’s ‘Red Flag’ vote.

As you just heard from Congresswoman Greene, the radical left here in D.C. is hell bent on disarming all of us! That’s why it’s crucial that you HAMMER on your Congressman before this week’s vote on ‘Red Flag Gun Confiscation!’

This vote will almost certainly take place tomorrow, so there is still time to contact your Congressman.

But we need your help, so become a member of NCFC today!

And if you’re already a member, I hope that you’ll consider making a generous donation to NCFC immediately so that we have the resources we need to keep fighting for you!

Make a donation to the North Carolina Firearms Coalition today!

After you’ve done that, if you’re not already a member of the North Carolina Firearms Coalition, I hope that you’ll get involved today. No one else will dare hold Republicans accountable in Raleigh and in D.C.