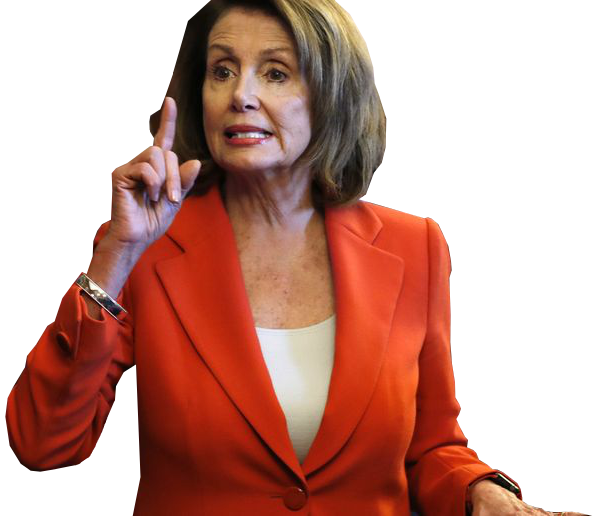 Recently we told you about H.R. 4350, legislation from Nancy Pelosi that would attach ‘Red Flag Gun Seizures’ to the ‘National Defense Authorization Act’ also known as NDAA.

The NDAA is the annual budget for the United States Military, so by sticking ‘Red Flags’ deep inside this 3,266 page long bill, Pelosi and Joe Biden are holding our military men and women hostage as a negotiating tactic to advance gun control.

Almost as disgusting as the Republicans who stabbed our military in the back when they supported this legislation in the House, earlier this fall. You can learn more about that here.

But now this legislation is on the move in the United States Senate. In fact, it was recently placed on the Senate Legislative Calendar which means it could be voted on at any moment!

Please take a moment and sign your petition against this evil legislation so our Senators know where you stand!

As everyone knows, these ‘Red Flag’ laws allow almost anyone to make up a bogus complaint against you based on mere ‘feelings’ and ‘suspicions,’ and without any actual proof.

Worse, they allow personal enemies (like an ex-spouse or jealous co-worker) to file a complaint against you just because they want to destroy your life!

And don’t forget, since these court proceedings are done ex-parte, you won’t know anything about it until it’s too late.

And if the judge in the case agrees with them, he’ll issue a seizure order and a search warrant immediately and your firearms will be gone before you’ve been arrested or convicted of anything!

If this passes, then our men and women in uniform will not only be disarmed without a conviction, they’ll very likely be drummed out of the military with a dishonorable discharge, too!

Of course, the moment that the Left forces ‘Red Flags’ onto our military, they will immediately move on to the entire civilian population and do the same thing.

These ‘Red Flag’ laws destroy our ‘due process’ rights.

And ‘Red Flag’ laws will weaponize the courts in this country against gun owners, allowing them to persecute (not prosecute) them through secret proceedings just to advance a political agenda!

This bill could come up for a vote at any moment. And with the massive amount of betrayal that gun owners experienced from Republicans when this bill passed the House, we can’t take anything for granted.

The politicians in D.C. are counting on gun owners getting distracted with the upcoming Thanksgiving holidays, hoping that they can sneak legislation like H.R. 4350 through without you and me noticing.

Make sure your Senators know that you’re watching their every move by signing your petition!

(And if you haven’t already done so, please renew your membership in the North Carolina Firearms Coalition so we have the ammo we need to fight for the Second Amendment in 2022!)

P.S. H.R. 4350 — Red Flag Gun Seizures for the United States military — has been placed on the Senate Legislative Calendar and could receive a vote in the Senate at any moment!

Joe Biden and Nancy Pelosi are holding up the budget for our military as a bargaining chip as they work to advance their gun control agenda.

It’s sickening, but that doesn’t mean it’s not effective. So sign your petition today, so your Senators know where you stand!