MUST WATCH: Details on Gun Control Bill in D.C.!

In the last eighteen hours, our office has been slammed with hundreds of calls, emails, and Facebook messages from gun owners wanting details on the gun control bill that was filed last night.

Just as importantly, many of you are asking which Republicans stabbed gun owners in the back and voted to advance this bill.

For a detailed analysis of this bill, information on when it’s likely to be voted on, and a list of the RINO traitors (like Richard Burr and Thom Tillis) who sold you out, watch the video report below. 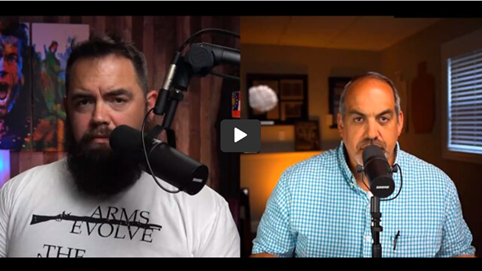 As you just heard, this legislation is a monster attack on the Second Amendment that contains:

>>> Funding for ‘Red Flag Gun Confiscation’ legislation;
>>> Mandatory waiting periods on gun sales;
>>> Expanded uses of the Lautenberg Act;
>>> More background checks by redefining what a dealer is;
>>> Attempts to stick kids into the NICS system.

And despite all of this gun control, 14 RINOs voted to introduce this bill in the Senate last night — and plan to vote for it on the floor this week!

TELL BURR AND TILLIS TO VOTE NO!

S. 2938 is not only an 80-page long gun control bill, it has been custom designed to be rapidly expanded the next time some criminal breaks the law and murders people.

For anyone to vote for this — let alone Republicans like Richard Burr and Thom Tillis from a pro-gun stronghold like North Carolina — is a slap in the face to every gun owner who voted for them.

After you’ve sent your emails, please call both Senators Burr and Tillis and demand that they ‘VOTE NO’ on this bill.

This is going to happen very fast.

The ‘cloture vote’ will happen tomorrow and the Senate floor vote may take place as early as Friday, with Pelosi planning to hold the House over the weekend to vote on it in that chamber!

After you’ve made your calls and fired off your emails, please share this email with EVERY gun owner you know so they can take action, and please make an immediate donation so we can keep the pressure WHITE HOT!

FIGHT BACK – MAKE A DONATION TODAY!

This is the biggest attack on our gun rights in a generation, and with the NRA sitting on the sidelines giving what amounts to tacit approval of this bill, we need all hands on deck NOW!