While most people are winding down the week and making their final preparations before celebrating Christmas with their families next weekend — Dianne Feinstein is putting the finishing touches on a massive gun control bill in D.C.!

What’s more, Feinstein has already announced that Republican Senators including Joni Ernst (R-IA) and Lisa Murkowski (R-AK) are going to be jointly sponsoring the bill with her!

This legislation, the ‘Violence Against Women Act’ (VAWA) is ‘Red Flag Gun Confiscation’ on steroids and would end up adding millions of gun owners to the federal ‘prohibited persons’ database!

To learn just how devious this legislation is, watch the video report that NCFC’s Chris Dorr helped to produce earlier this week. 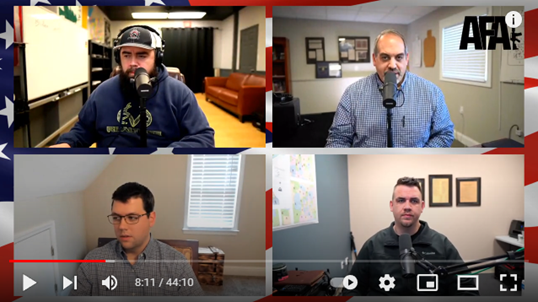 As you just heard, the VAWA is the most insidious gun control bill that has been introduced all year! And because backstabbing Republicans like Ernst and Murkowski are lead sponsors of this bill, it will have broad support in D.C.

Help us stop this garbage from advancing in the Senate.

I know it’s the weekend. That’s ok. Leave them a voice message so that when they get back to work on Monday they’ll be greeted by voicemail from thousands of angry gun owners from across the state!

This bill could be officially unveiled in just days so MAKE SURE that Senators Burr and Tillis hear from you right away!

P.S. A massive gun control bill is just days away from being filed in the United States Senate by Dianne Feinstein and Dick Durbin, and they are being aided by Republican Senators Joni Ernst and Lisa Murkowski!

For all the details on what this bill would do, please watch the video report that we’ve produced for you.

When you’re done, please contact Senators Burr and Tillis right away using the information provided above. Leave them a message today, then call them again on Monday!

Then make a donation of any amount to help us STOP this bill!