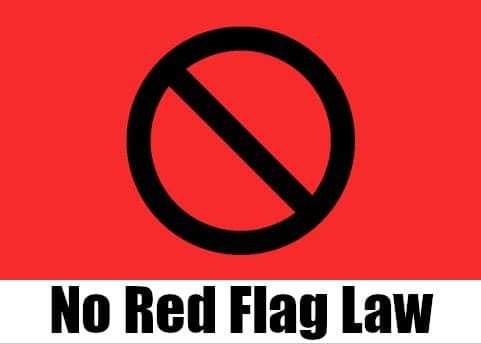 The vote on national ‘Red Flag Gun Confiscation’ legislation — H.R. 2377 — is going to happen in just a few hours! That means you have time for one last round of calls and emails to your Congressman!

Remember, this legislation would give liberal judges the power to unilaterally disarm you by force, before you’ve ever set foot in a courtroom, let alone been convicted of a crime.

It’s the end of due process, the end of ‘innocent until proven guilty’, and it deals a crushing blow to the 4th, 5th, and 6th Amendments to the Constitution.

If your Congressman is a Democrat, remind him/her that passing this tyrannical legislation may lead to their defeat this fall, and to the Democrats losing control of the chamber!

If your Congressman is a Republican, remind him/her that if they even think about stabbing us in the back and voting for this bill, gun owners will be absolutely merciless in their next primary!

When you’re done, please forward this email to every gun owner you know and urge them to take action immediately.

And stay tuned to our Facebook page because we’ll be providing updates on this vote, and an after-action video report on what happens!