Three Reasons Why You Must Renew Your NCFC Membership for 2022!

Three Reasons Why You Must Renew Your NCFC Membership for 2022! 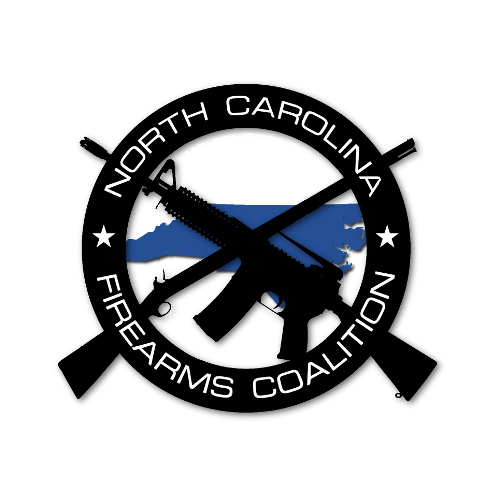 Forgive me for getting right to the point, but have you renewed your membership in North Carolina Firearms Coalition for 2022 yet?

The battle to pass the Second Amendment Preservation Act is about to hit high gear when session gets underway — but as of a few days ago, we still hadn’t received your membership renewal form!

If you’ve already renewed your membership for 2022 online or through the mail and our records just haven’t had time to catch up — then I certainly apologize for my mistake.

But if you’ve not had time to renew your membership in North Carolina Firearms Coalition (NCFC) for 2022, I hope you’ll complete your renewal form RIGHT AWAY.

2021 has been a monumentally important year in our battle to defend the Second Amendment both in Raleigh and in Washington, D.C. But with state and national elections taking place next year, 2022 is going to be nothing short of explosive!

At the state level, North Carolina Firearms Coalition will be making a major push to advance the Second Amendment Preservation Act (SAPA) in Raleigh.

You see, while gun owners have blocked Biden’s agenda in the US Senate, he has already issued multiple Executive Orders that would make you a criminal for owning a pistol brace and require you to register any firearms made from 80% lower receivers.

These orders are being reviewed as we speak by the ATF and will likely take effect in just a few weeks. But Biden is counting on North Carolina cops to enforce these orders, as most federal laws and Executive Orders are enforced by state and local authorities.

But if we pass SAPA legislation in Raleigh, North Carolina cops would be required to enforce North Carolina law when it comes to firearms, ammo, and accessories — meaning that Biden’s unconstitutional and tyrannical Executive Orders would go largely unenforced here in North Carolina!

Think that sounds too good to be true? It is not.

The Constitution and the Supreme Court have always upheld the states’ right to refuse to enforce federal decrees that they disagree with and that run contrary to state laws.

This is what the left did to President Trump when he tried to deport violent, illegal aliens. By offering those sickos sanctuary status and refusing to allow their law enforcement agencies to aid the federal government, liberal states nullified Trump’s efforts.

North Carolina can do the same thing by refusing to enforce any part of Biden’s war against the Second Amendment.

In fact, this is already happening in Missouri, after our sister organization passed SAPA legislation into law there in June! The day the law took effect, police departments across the state told their officers that they were only allowed to enforce Missouri laws when it comes to guns and ammo!

Even better, when Biden’s Department of Injustice tried to overturn SAPA law in court, the judge nearly laughed them out of the courtroom and admonished the DOJ that the states are sovereign and have an absolute right to ignore any federal law they disagree with!

Of course, to be effective, SAPA law needs to have teeth, otherwise anti-gun mayors (like Charlotte Mayor Vi Lyles) would simply ignore SAPA and order their officers to enforce Biden’s Executive Orders whenever they are finalized.

That’s why NCFC-backed SAPA legislation allows individual gun owners to sue law enforcement agencies that violate SAPA law in civil court without having to wait on the Attorney General or the Governor to intervene.

And with massive fines serving as SAPA’s ‘teeth,’ once we pass SAPA legislation into law, even the most radically ‘woke’ department heads across North Carolina will be forced to stand down!

SAPA is how we stop Joe Biden’s unconstitutional attacks on our gun rights for good. But for SAPA to become effective, the legislature first needs to pass the bill. NCFC will be doing everything we can to make that happen in 2022. But we need your help.

But it’s also vital that gun owners across the state continue to FLOOD Senators Richard Burr and Thom Tillis — along with your congress member — with calls and emails in opposition to the gun control agenda being pushed in Washington, D.C.

Biden’s mission to ban our AR-15’s and hundreds of other semi-automatic rifles and shotguns (S. 736/H.R. 1808) continues to quietly rack up cosponsors, and it currently has the support of over 240 members of the House and Senate!

This legislation has just one purpose: to disarm the American people and leave you and me defenseless from criminals or tyrants. Both bills are in the Judiciary Committee.

But we can’t forget about H.R. 8, either. This legislation has the support of a growing number of backstabbing RINO Republicans and the Radical Left, has already passed the House and is currently awaiting action in the United States Senate.

H.R. 8 (and the Senate companion bill S. 529) would outlaw the private sale of firearms in America and give the government what they have always wanted: a digital list of virtually every gun owner in the country! And you and I both know why they want that list.

Both bills have hit a roadblock in the Senate, for now. Chuck Schumer needs 60 votes to pass these bills and he doesn’t have that number yet. But God forbid, if we have a mass shooting incident in America next year, we could easily see a dozen RINOS cross over and give Schumer the votes he needs to send these bills to Biden’s desk.

Perhaps the most dangerous bill of all is H.R. 2377, the ‘Red Flag Gun Confiscation’ legislation that is making rapid strides in D.C. In fact, this legislation was voted through the House Judiciary Committee just a few weeks ago!

‘Red Flag Gun Confiscation’ laws are designed so nearly anyone who doesn’t like you (think ex-spouse or a woke-liberal coworker) can report that you are ‘dangerous’ and ask a judge to confiscate your firearms BEFORE you have been charged, tried or convicted of a crime.

Even worse, every version of ‘Red Flag’ legislation contains an ex-parte provision, meaning that the court hearing to determine whether or not you will lose your guns happens IN TOTAL SECRET!

This means that in most cases, the first time you’ll learn that you’ve been ‘red flagged’ is when a SWAT TEAM no-knocks your front door in at 5:00am to seize every firearm you own.

And since the ‘evidence’ that is often allowed in these sham hearings is literally ‘the recent purchase or acquisition of a firearm or ammo’ — tens of millions of gun owners could be ‘legally’ disarmed if H.R. 2377 or S. 292 passes into law!

What makes ‘Red Flag’ legislation very dangerous is the fact that backstabbing RINO Republicans are supporting it in droves.

In the Senate alone, Lindsey Graham (R-SC), Rick Scott (R-FL), Pat Toomey (R-PA), Todd Young (R-IN) and our own Thom Tillis (R-NC) have already come out in support of ‘Red Flag’ legislation. And Little Marco Rubio (R-FL) is the LEAD SPONSOR OF THE SENATE BILL!

And in the House, when H.R. 4350 came up for a vote last month, which would force ‘Red Flag’ laws onto the brave men and women in the United States Military – over 100 Republicans voted for it!

As you can see, North Carolina Firearms Coalition is leading the fight at the state and federal levels, and that’s why I am counting on your continued support in 2022.

We’ve stopped Biden and Pelosi so far this year. But that doesn’t mean that the Left is giving up. On the contrary, these America-hating ghouls know that 2022 is their last chance to pass their agenda while they control both chambers of Congress.

Make no mistake, these are total Marxists who want to erase our history and disarm the American people so there’s nothing standing between them and their mission to bring America to her knees — even if it costs them their majorities in November!

I know that’s a lot. But there is no redo on freedom. And if we lose our right to keep and bear arms, our country is over and the freest nation in human history will have been conquered from within.

I need you to stand with us NOW!

(If you’ve already renewed your membership for 2022, feel free to make an emergency donation to help us out!)

Everything is on the line, and our grandchildren are counting on you and me to stand up for their freedoms now just like our grandfathers did for us. Renew your membership TODAY!

P.S. If you have already renewed your membership in North Carolina Firearms Coalition for 2022 and our records simply haven’t updated in time — please forgive my mistake.

But if you have not, please complete your renewal form IMMEDIATELY!

2022 is just around the corner, and NCFC is preparing a major program to advance the Second Amendment Preservation Act, which would shut down Biden’s war on gun owners here in North Carolina.

But at the same time, we MUST keep the pressure on North Carolina’s Congressional delegation to make sure that they oppose every single gun control bill being pushed in Congress right now, especially ‘Red Flag Gun Confiscation’ legislation.

So please be as generous as you can when you renew and remember that all renewals of $75 or higher come with a free T-Shirt and decal from North Carolina Firearms Coalition!