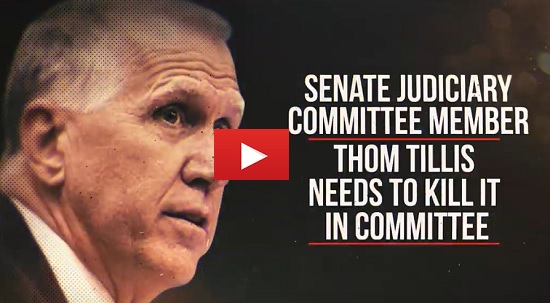 The ad encourages North Carolina Second Amendment supporters to contact our Senators Thom Tillis and Richard Burr to insist they oppose “Red Flag Gun Seizures” (Senate Bill 7) to be heard in the Senate as early next week.

Click here to watch our ad and help us keep it running across the state! After you’ve watched the ad, please call to express your opposition to Senate Bill 7.  Here are their phone numbers:

Thanks — in advance — for your grassroots activism and support.