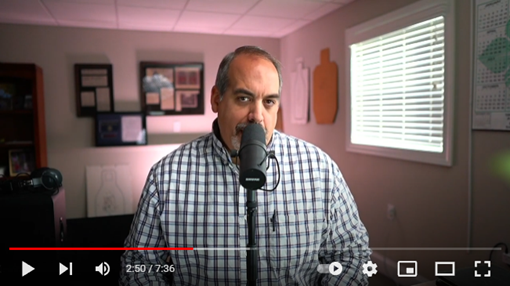 If there’s anything worse than Nancy Pelosi and her America-hating allies in Congress trying to ram ‘Red Flag Gun Seizures’ into law, it’s watching them try to do it to our own military.

But that’s exactly what H.R. 4350, the ‘National Defense Authorization Act,’ does. The bill has passed Pelosi’s House and is in debate in the Senate RIGHT NOW!

To find out what this bill would do, and to learn who is aiding Pelosi and the radical Left in getting this bill out of the House, watch our video report below.

As you just learned, with so many RINO Republicans backing this bill in the House, we can’t take anything for granted in the Senate.

So please contact Senators Burr and Tillis and insist that they ‘VOTE NO’ on H.R. 4350 if it contains ‘Red Flag’ laws when it comes up for a vote!

After you’ve taken action, please forward this email and our video report to as many gun owners as you can, so that we can FLOOD Senators Burr and Tillis with grassroots opposition to this garbage legislation!

As we all know, if Pelosi and Schumer can ram ‘Red Flag’ laws into the military via H.R. 4350 Biden will sign it immediately — and then use that momentum to try to pass ‘Red Flags’ nationwide.

So in addition to your signed petition, I hope that you’ll renew your membership in the North Carolina Firearms Coalition as well (if you haven’t already done so) so we can fight for you in 2022!

Rest assured; we’ll keep you informed on the status of H.R. 4350 as this battle progresses.

P.S. While the American people are enjoying time with their families around the holidays, Nancy Pelosi and Chuck Schumer are working overtime to ram H.R. 4350 into law in D.C.

This legislation would force ‘Red Flag Gun Seizures’ onto the U.S. military and set the stage for them to expand that to the entire population.

To learn how evil this bill is and who is aiding Nancy Pelosi in passing this bill, watch our video report above. When you’re done, sign your petition opposing this garbage right away!

And if you haven’t already done so, please renew your membership in The North Carolina Firearms Coalition for 2022 so we can keep fighting for you!