A total ban on all AR-15-style firearms is the next big push from Democrats and RINOs in Washington and the fight is now.

Completely ignoring the failed gun control laws of Chicago, Kamala Harris joined a growing list of Leftist politicians and media outlets and demanded the banning and removing of all AR-15s in America 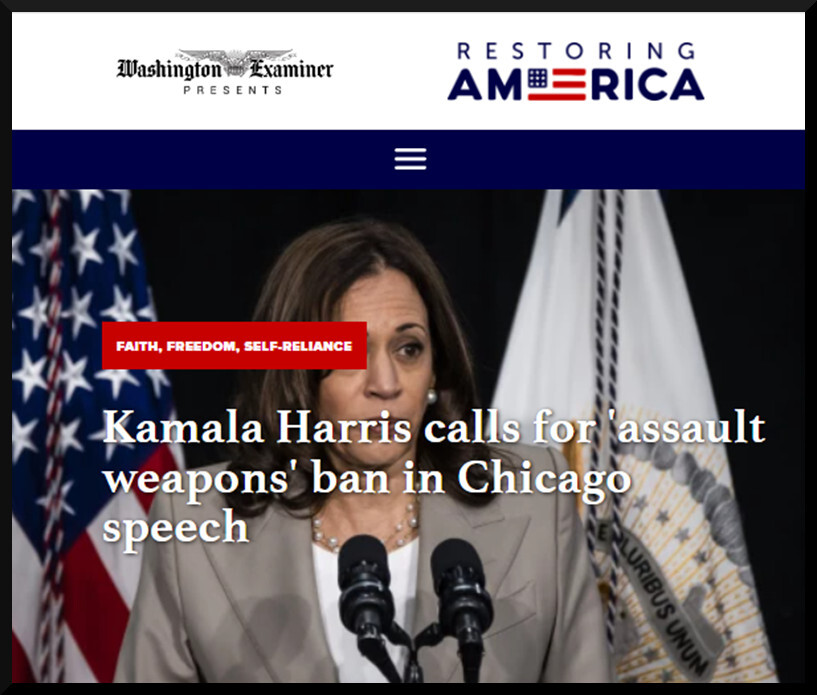 And why wouldn’t she? After Republicans like our own Richard Burr and Thom Tillis gave the Democrats the votes they needed for $750,000,000 in “Red Flag Gun Confiscation” funding, Democrats feel the wind at their backs and they’re going for it all!

Already thirty-seven members of the Senate have cosponsored Dianne Feinstein’s S.736! And in the House, a stunning 205 members of Congress are supporting H.R. 1808!

Passage of either one of these bills would:

>>> Make it a felony to buy any magazine that holds over 10 rounds of ammunition.

We can’t sit by and think that just because these tyrants got some gun control, they’ll be satisfied. That’s the NRA’s way of doing things.

EVERY single time a crime is committed with a firearm in America, the media and politicians do all they can to stir up the people to demand gun control, while ignoring the MILLIONS of times that firearms have been used to prevent crimes!

FIGHT BACK! Tell our D.C. Representatives to OPPOSE the GUN BAN!

If America adopts an “assault weapons” ban we will be systematically disarmed, and our government will turn into the dictatorial regime that the radical left has always wanted!

Almost 250 members of Congress are already supporting this legislation and both bills are in committee for review and Nancy Pelosi, Chuck Schumer and dozens more are speaking in favor, so these bills can move fast!

Worse, there are some RINO Republicans, like Adam Kinzinger (R-IL) and Chris Jacobs (R-NY) who have already come out in support of these bills, too.

We must hammer on Congress, immediately! Help us do that while there is still time!

P.S. Kamala Harris and dozens of other gun control activists are pushing for a total ban on AR-15s and over 200 different firearms after a deranged lunatic shot up a parade in “gun free” Chicago.

S. 736 and H.R. 1808 are being supported by hundreds of members of Congress and would make you a felon for buying an AR-15 or a magazine that holds over 10 rounds of ammunition!

Don’t let them get away with this. Make a donation today and help us keep fighting against every part of the gun control agenda in Washington, D.C.!