NOT GUILTY on All Charges!

If you haven’t already heard, Kyle Rittenhouse was just found ‘NOT GUILTY’ on all charges by a Wisconsin jury, in a case that has captured the attention of the entire country!

Rittenhouse, who was offering emergency medical assistance and putting out fires that were being set by an out-of-control mob in Kenosha, Wisconsin last August, was forced to defend himself against three violent predators who attacked him.

Joe Biden condemned Rittenhouse as a white supremacist. National media outlets declared Kyle ‘guilty’ immediately. Jesse Jackson and the ‘Rev.’ Al Sharpton attacked Rittenhouse and wanted him thrown into prison for the rest of his life. 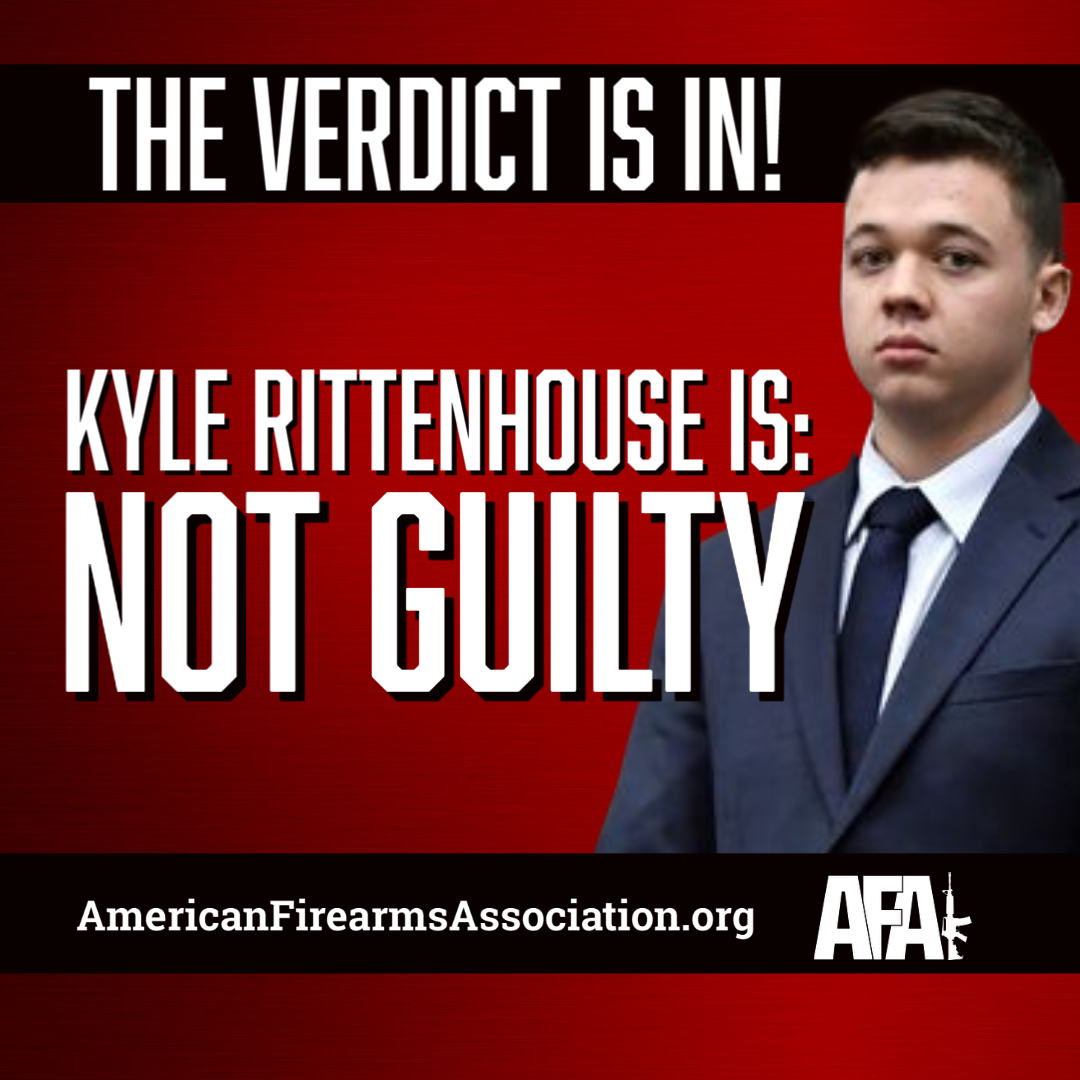 Thankfully for Rittenhouse, the rule of law still applies in this country. And when the facts were examined, it was clear that Rittenhouse was the victim of an attack, and was forced to defend himself.

But if you listened to the trial, you heard the prosecution state over and over that Rittenhouse was guilty because he didn’t retreat while being attacked. And since Wisconsin doesn’t have Stand-Your-Ground law, the state argued that Rittenhouse should go to prison.

Here in North Carolina, if you ever find yourself in a situation where you are forced to use deadly force to stop a threat against your life, you’ll never be attacked in court for not retreating.

And while there is no duty to retreat requirement here in North Carolina, the law could always be improved, and NCFC is always looking for ways to make our laws more closely line up with the Second Amendment and Article 1, Section 20 of the North Carolina Constitution.

At times you may think the fight for gun rights can be a dry argument over the Framers intent, the meaning of the Second Amendment, or boring political debates on the floor of the legislature.

But make no mistake: each gun bill that North Carolina Firearms Coalition passes into law, each piece of freedom that we secure, is one more vital protection for law abiding gun owners here in North Carolina.

This fight never ends. The radical left is always challenging the freedoms that we enjoy, and there are always more pro-gun bills that we need to secure into law.

North Carolina Firearms Coalition is proud to lead this fight — and we’re proud as hell to fight for you!

Please continue to stand up and be counted in this fight for freedom, by renewing your membership in North Carolina Firearms Coalition for 2022 if you haven’t already done so!