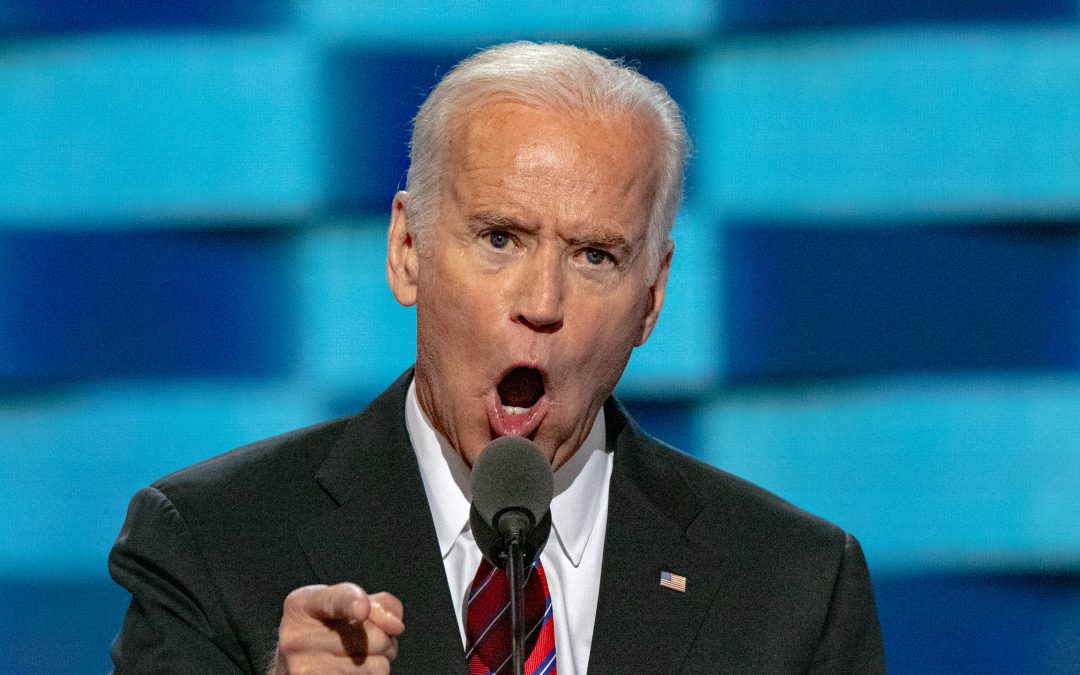 The radical left has ALWAYS wanted to ‘pack’ the Supreme Court.

But when President Trump added three justices to the court during his term, giving America a 6-3 conservative leaning majority, this went from an idea to a top priority!

Court-packing is simple: with a simple majority vote in the House and Senate, Joe Biden could sign legislation allowing him to add four additional justices to the Supreme Court.

The outcome would be unfathomable.

And with a recently leaked draft ruling outlining the court’s intention to overturn Roe v Wade, pressure on Joe Biden and his Congressional allies to pack the court is skyrocketing.

In fact, Biden recently issued an Executive Order to mandate the formation of a presidential study commission to look at the best way to expand the number of justices.

On top of that, dozens of left-wing media outlets are whipping their left-wing base into a lather over this, pounding on Congress to hold an immediate vote on S. 1141 and H.R. 2584, the legislation that adds four justices to the Supreme Court.

That’s why you need to take a moment and sign your petition AGAINST this legislation right away, to counter the pressure that the left is bringing to bear over court-packing!

The Supreme Court is weeks away from issuing a decision in a landmark Second Amendment case that is widely expected to be a major win for gun owners, challenging the Constitutionality of arbitrary ‘May-Issue’ carry permits in ‘blue’ states.

But in the coming months or years, the Supreme Court will very likely be deciding on a whole host of gun rights issues surrounding Biden’s use of Executive Orders that:

>>> Declared it a crime for gun owners to use a pistol-brace, meaning that the estimated 40,000,000 Americans who already own them would be facing felony charges for using them.

>>> Mandated that all future upper receivers be stamped with a serial number, giving Biden a massive new ability to track gun owners while leaving gun owners open to felony charges.

>>> Force gunsmiths to put serial numbers on any homemade firearms that they work on, the first step toward Biden outright banning the possession of 80% lower based firearms.

The current court may very likely invalidate these tyrannical orders as they’ve never been voted on in Congress and violate the Second Amendment. But a packed court would uphold all of these orders and much more!

But it wouldn’t end there. The left would go on offense.

Their goal would be simple: when they lose their challenges in lower level courts, appeal those decisions to the Supreme Court and then sit back while the packed court strikes all of these rights down!

Of course, Biden’s handlers would be doing this on every single issue that you and I care about. It would certainly not stop with our right to keep and bear arms.

A run-away court would tear America apart from the inside out. The left knows this, and that’s why well over 50 members of Congress are actively pushing this legislation right now!

But there is a danger here for Nancy Pelosi and Chuck Schumer, too. They know that passing this legislation will please their base, but it will also unite American against them in November.

So if we HAMMER on the Congress right now, and make sure they know that this will absolutely destroy them in the midterms, we can defeat this attack on the Supreme Court and our freedoms.

But the Republicans in D.C. need to hear from us too, to make sure they know that their standard weakling response to this will not be enough. They need to fight like hell, now!

This is urgent. Biden’s formed his commission. The bills are moving in Congress, being supported by over 50 members of the House and Senate, and we need your help to fight back.

So after you’ve signed your petition, please make a donation to help the North Carolina Firearms Association do everything we can to get an army of gun owners to call, email, and petition our Congressional delegation!

We need your help right now. Please make a generous donation today, so that the left can’t pack the court and destroy our country!

P.S. The pressure to pack the court with four additional left-wing judicial activists is growing very fast! Biden has recently enacted a Presidential Study Commission to tell him how to best do this!

If they are successful, our gun rights and the rest of the freedoms that we enjoy will suffer in ways we can hardly imagine. Sign your petition against this legislation TODAY!

After you’ve signed your petition, please make a donation to help us get every gun owner in the state involved in this fight. All it takes is a simple majority vote in Congress, so act fast!