This is breaking news from Washington, D.C.!

In direct response to the staggering amount of pressure that gun owners have been applying to Congress, Nancy Pelosi was forced to pull the ‘Assault Weapons’ ban from the calendar today!

More than that, insiders are reporting a revolt amongst the Democratic caucus, as vulnerable Democrats are terrified that voting on this bill would crush them in November!

And with Congress taking a six-week long vacation beginning this Friday, it is going to be a much harder lift for Biden’s handlers to get the momentum they need for this bill when Congress returns.

The American Firearms Association — our federal affiliate in D.C. — has been on the ground for weeks, lobbying against this bill and bolstering the resolve of pro-gun lawmakers.

And they are reporting that the calls and emails from the members of the North Carolina Firearms Coalition are being felt in a BIG WAY in Washington, D.C.!

Thank you for keeping the pressure up!

But as you’re about to hear from the American Firearms Association, this threat is NOT over. For an overview on where things stand today, watch this video report from our team. 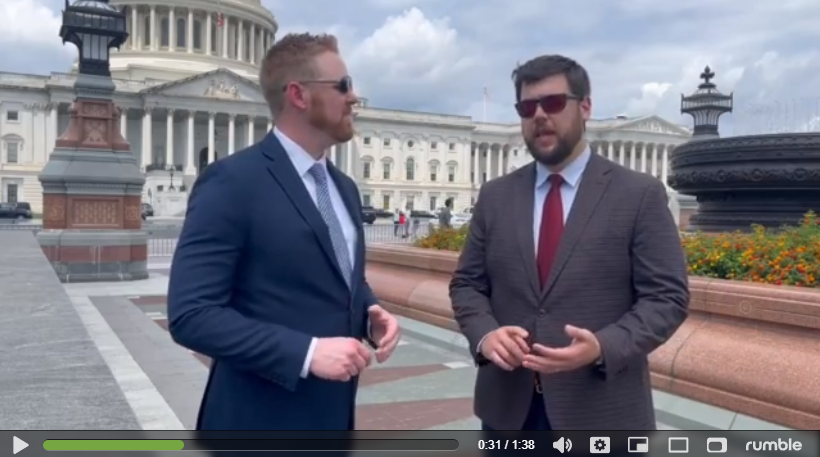 For the moment, gun owners have shut this threat down. And while Pelosi can cancel vacation at any time, it seems unlikely that this threat will be coming back up in the next six weeks.

But it’s also clear that Pelosi is being pushed – HARD — by the AOC’s of her caucus to bring this bill up when they reconvene. They know they may lose control of Congress, and they may not get this chance again for years!

We simply can’t let up! Gun owners need to HAMMER on Congress, especially the House, until this bill is pulled for good or until we reach the midterm elections. Don’t give them an inch!

can’t thank you enough for all of your phone calls, emails, and donations over the last month as we’ve fought against H.R. 1808. We’ve won this round.

But this fight is coming back. And we need to rebuild our war-chest so that we can be in position to FIGHT HARD when Pelosi tries this again. So please make a donation today!

Remember, there is far more at stake than mere deer hunting, as so many tepid Republicans like to talk about. And the commies in Congress aren’t trying to stop sports shooting.

This is about freedom! Biden’s handlers want to impose abject tyranny on this nation! And if they can ban our AR-15s, that is exactly what you and I will experience!

Don’t let them get away with this. Keep the pressure on!