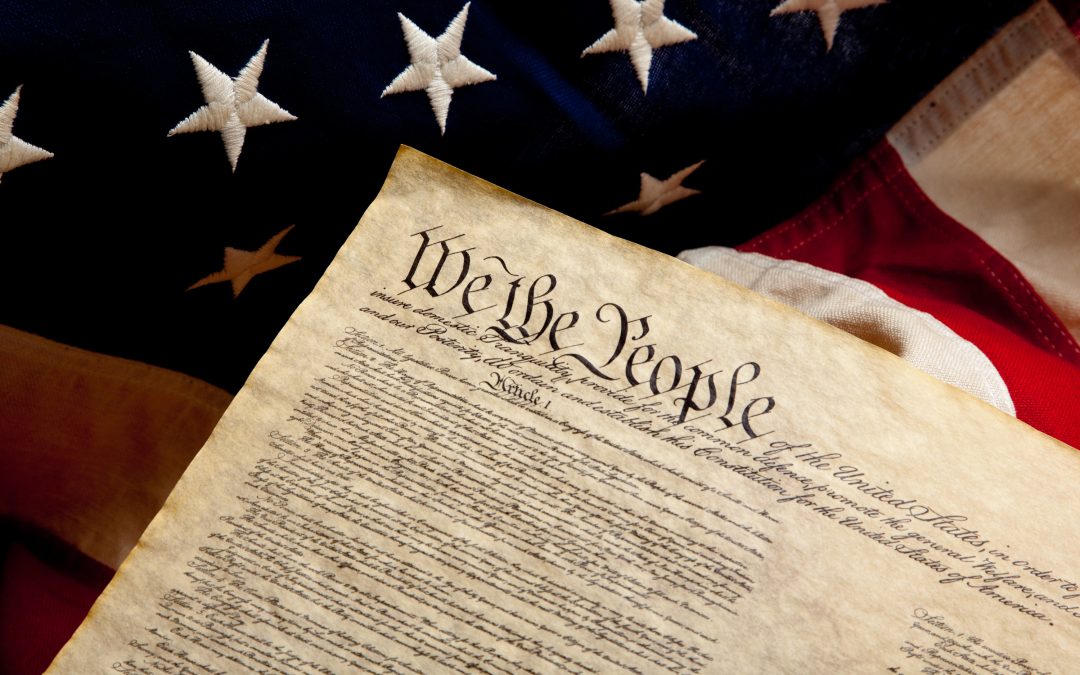 Everyone remembers the George Soros-funded ‘Summer of Violence’ that rocked American cities from coast to coast in 2020 and lead to over a half-billion dollars’ worth of destroyed property, and the murder of dozens of innocent American citizens.

The police, who were being demonized in the press all year long, were usually ordered to stand down and watch as violent thugs robbed, burned, and rioted their way from town to town.

By the summer of 2020, the violence was spiraling out of control so badly that people who would normally have called the police for help were forced to defend themselves at gun point!

The minute that happened, woke prosecutors who refused to charge the violent thugs who ruined so many American cities, brought charges against people like Mark McCloskey and Kyle Rittenhouse!

McCloskey and Rittenhouse were eventually pardoned or found ‘Not Guilty’ of criminal wrongdoing; but their lives were all but destroyed in the process.

And make no mistake, this crime wave hasn’t ended. The public rioting may have ended, but almost every major city in America is experiencing an unprecedented surge in murder, robbery, and sexual assault.

That’s why pro-gun Congressman Matt Gaetz has just filed H.R. 6248, the Stand-Your-Ground Act, that would give gun owners legal protection for the justifiable use of force!

But now it’s time that North Carolina’s Congressional Republicans co-sponsor this bill, to stand up for law and order, and ensure that gun owners aren’t put in prison for defending themselves.

>>> Stating that the American people have the right to use deadly force to stop a predator before he can carry out a violent crime that could result in ‘great bodily harm’ or death.

>>> Extending these protections to gun owners who are justified in threatening to use force, but don’t have to use it. In many cases (think Mark McCloskey) criminals run away when they see their target is armed. The law should cover you in that case.

>>> Clarifying that a gun owner who is forced to defend himself or another innocent person, may do so without having to retreat first. Without this language, you could wind up facing the same felony charges that Kyle Rittenhouse did!

>>> Limiting who can use Stand-Your-Ground law as an affirmative defense to those who are not engaged in criminal activity and who are legally present at the time of the use of force, ensuring that criminals can’t use this law as cover in court.

We shouldn’t need a law like this. The criminal justice system should protect innocent people who are forced to defend themselves, while they work to imprison violent criminals. But these days, it works in reverse. That’s why we need H.R. 6248!

Congressman Gaetz has done his part by sponsoring this legislation. Now it’s time that North Carolina Republicans like Virginia Foxx, Patrick McHenry, and Richard Hudson do their part and cosponsor the bill.

That’s why the old days of gun owners blindly supporting a politician based on party affiliation alone are gone. These days, gun owners need to demand action on bills like H.R. 6248.

The North Carolina Firearms Coalition will be doing everything we can to encourage our Congressional delegation to co-sponsor this bill, but we’re likely going to need to flood their offices with calls and emails to get this done.

So please make a donation to help us crank up the heat!

Gaetz’s Stand-Your-Ground Act is about more than just improving the self-defense laws in this country and restraining ‘woke’ prosecutors. It’s also a vital part of holding the line against Nancy Pelosi’s war against our gun rights.

Gun owners were on defense through 2021 because we had to be. But an important part of any defensive fight is going on offense, forcing your opponent to spend their energy trying to stop you.

Congressman Gaetz understands this — that’s why he filed the National Stand-Your-Ground Act in the first place. Now it’s up to us to rally support for it. Help us do that, by making an immediate donation to the North Carolina Firearms Coalition!

P.S. While violent crime is skyrocketing across the country, gun owners like Mark McCloskey and Kyle Rittenhouse are the ones being arrested for the crime of defending themselves.

That’s why Florida Congressman Matt Gaetz has just filed H.R. 6248, the National Stand-Your-Ground Act, which would allow gun owners to use deadly force to stop violent criminals, without having to retreat first!

Hit the link below to help us take the gun rights fight on offense and to get North Carolina’s Republican congressional leaders to cosponsor this bill.

Then share this email with every gun owner you know!