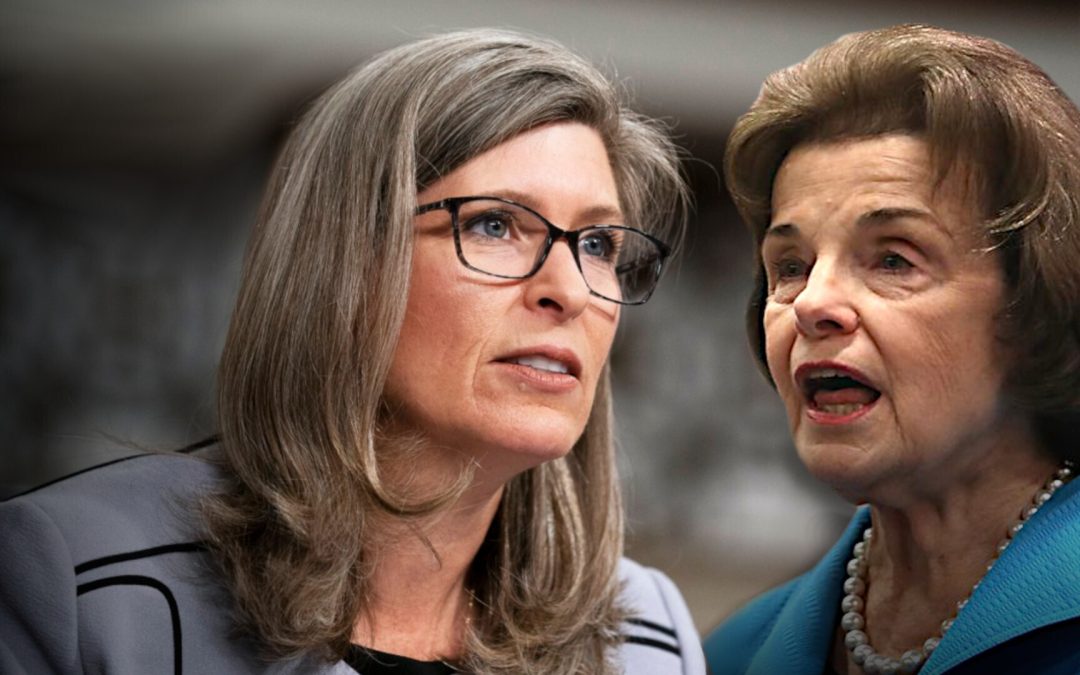 Gun owners fought hard to crush Joe Biden’s war on gun owners in 2021. And with the midterm elections less than a year away, some gun owners were starting to believe that we may be able to hold the line on the Second Amendment through the midterms.

But that was BEFORE Senate Republicans like Joni Ernst and Lisa Murkowski stabbed us in the back and agreed to jointly sponsor a massive gun control bill with Dianne Feinstein!

Now, insiders tell us that we could see this bi-partisan gun control bill — disarmingly named the Violence Against Women Act (VAWA) –- rolled out in Congress in just a few days, breathing fresh air into the radical left’s war on our right to keep and bear arms.

If passed in its current form, VAWA legislation would deal a crippling blow to our gun rights by adding non-violent misdemeanors to the list of crimes that would ban American citizens from ever owning guns.

In addition, VAWA would instigate a criminal investigation every time a gun owner fails a NICS check, even though 94% of NICS denials are false positives.

And by deputizing state and local cops and prosecutors as temporary ATF agents and temporary Assistant US Attorneys, VAWA would unleash a federal government on gun owners that will harass gun owners relentlessly!

And again, this legislation is being propelled forward by aging tyrant Dianne Feinstein with the full support of multiple Republican traitors in the United States Senate.

And if gun owners don’t stand up and fight back against this terrible legislation right now, it will only encourage more Senate Republicans to consider supporting this bill.

Of course, Ernst and Murkowski aren’t bragging about their support of this massive gun control bill on their websites, social media platforms, or constituent emails.

That’s why we wanted to show you this picture — to give you a firsthand glimpse of how harmful it is when Republicans betray gun owners and support legislation like this! 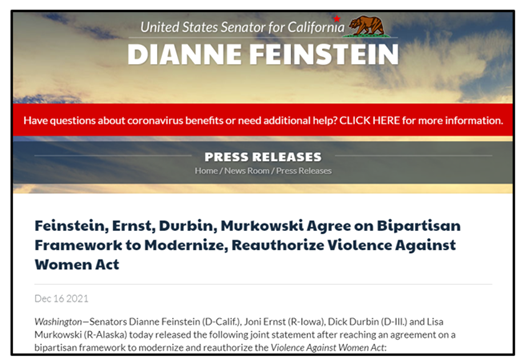 (A screengrab of Dianne Feinstein’s December press release, bragging about the support that her gun control bill is receiving from Republicans Joni Ernst and Lisa Murkowski.)

You see, now that Feinstein and Durbin have convinced two Republicans to turn on gun owners and jointly sponsor this bill,  they are working overtime to get additional Republicans to join their ranks!

Biden’s handlers know that their time is limited. The midterms are less than a year away, and there’s certainly a chance that they will lose control of one or both chambers of Congress.

So you can expect Biden and Congressional Democrats to go ‘all in’ on this bill. Since Republicans literally helped draft the bill, they know this may be their best chance at passing a major  gun control bill before November.

We must stop them! Please sign your petition against this legislation right away!

But it’s not enough that NCFC members are aware of this threat and taking action. We need to FLOOD the Senate with calls, emails, and petitions from gun owners all over North Carolina.

Gun owners should not have to do this.

The Republicans should simply do their job, hold the line, and kill every single gun control bill that comes up this year.

But the truth is that gun owners have enemies in our own camp. And a growing number of these ‘pro-gun Republicans’ are more than willing to stab us in the back if we give them a chance.

Don’t give them that chance. Sign your petition and make a donation to help us stop this bi-partisan attack on your gun rights!

P.S. We’re only two days into 2022, and already Republicans in D.C. are making deals with the radical left to attack our right to keep and bear arms.

Read the email above for the details on this bill, then sign your petition against this bill to Senators Burr and Tillis insisting that they VOTE NO on this bill!

Then make an immediate donation so we can get more gun owners involved in this fight while there’s still time!