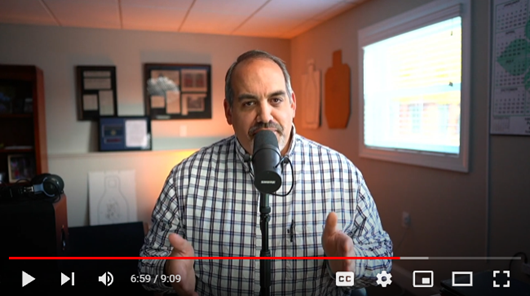 The Biden Administration is doing everything they can to guilt gun owners into supporting Biden’s Executive Actions that would make felons out of gun owners who have homemade firearms.

They want to demonize anyone who has an unregistered and unserialized firearm, claiming that the only people who oppose the registration of firearms are criminals!

You see, Biden is just like every other tyrant in human history. He can’t stand the idea that ‘We the People’ have the right to keep and bear arms. And he HATES the idea that we can make firearms in our own home without even needing a serial number!

That’s why Biden wants to ban these ‘80% lowers’ by Executive Order. But Biden also desperately wants to see them banned through legislation in Congress.

To find out why and to learn how many gun owners would be made into felons should H.R. 3088 pass into law, watch our video report now!

You see, nothing symbolizes the proud spirit of American defiance against tyranny like making firearms in our homes, without a serial number, that the federal government knows nothing about!

That’s why it’s urgent we take action right away and ABSOLUTELY CRUSH H.R. 3088. Help us do that; sign your petition now.

And never let anyone tell you that it’s wrong or suspicious to own an unregistered and/or unserialized firearm. The ONLY reason the federal government wants that information is to add it to their database to make future gun confiscation possible.

Help us resist this tyranny so that our children and grandchildren can inherit the same freedoms that we did from our parents and grandparents!

(NOTE: for those who haven’t renewed their membership in the North Carolina Firearms Coalition for 2022, your membership will expire in just a few weeks. To remain active in this fight for freedom next year, hit the button below and get signed up.)

P.S. Joe Biden and his group of thugs in Washington want to make it  a felony to own a firearm that you make at home unless you get a government issued serial number on it first — and we all know why.

That’s why he’s pushing H.R. 3088, along with a similar Executive Order, to try to get every firearm in America into his database!

Watch our video report on this legislation immediately — and then sign your petition against this tyrannical garbage right away.