Happy Independence Day from the board of directors of the North Carolina Firearms Coalition!

245 years ago today, our nation adopted the Declaration of Independence and told the world that America was no longer England’s subjects and serfs, but an independent, sovereign nation of her own!

During the run-up to the 4th of July, private individuals and loose affiliations of people began to purchase and store weapons in preparation for, God forbid, an all-out war with England.

But tyrants do not like it when their subjects get rebellious.

Hearing that patriots, everyday men and women were arming themselves, the British commander sent troops to seize the weapons, and sparked the battle of Concord in the process.

And that threw gas on the flames of freedom burning in America’s soul, rushing America headlong into the War for Independence!

That took place nearly 250 years ago, but we still have gun grabbers in this country today seeking to put an end to private ownership of weapons that you and I use as a defense against criminals and tyrants.

That is our mission here at North Carolina Firearms Coalition.

And thanks to your support, NCFC is becoming exactly what North Carolina needs so desperately – a powerful, state-based gun rights organization of thousands of mobilized gun owners fighting for our own freedoms, regardless of what happens in Washington DC.

That’s why we are working so hard to war against Bloomberg’s Red-Flag gun confiscation and battle for Constitutional Carry and the Second Amendment Preservation Act!

And to celebrate the freedoms that we enjoy, North Carolina Firearms Coalition is running a membership special for the month of July.

With every new membership or membership renewal purchased during the month of July, North Carolina Firearms Coalition will also include a FREE T-Shirt and membership decal!

These shirts are made from high-quality materials, too. 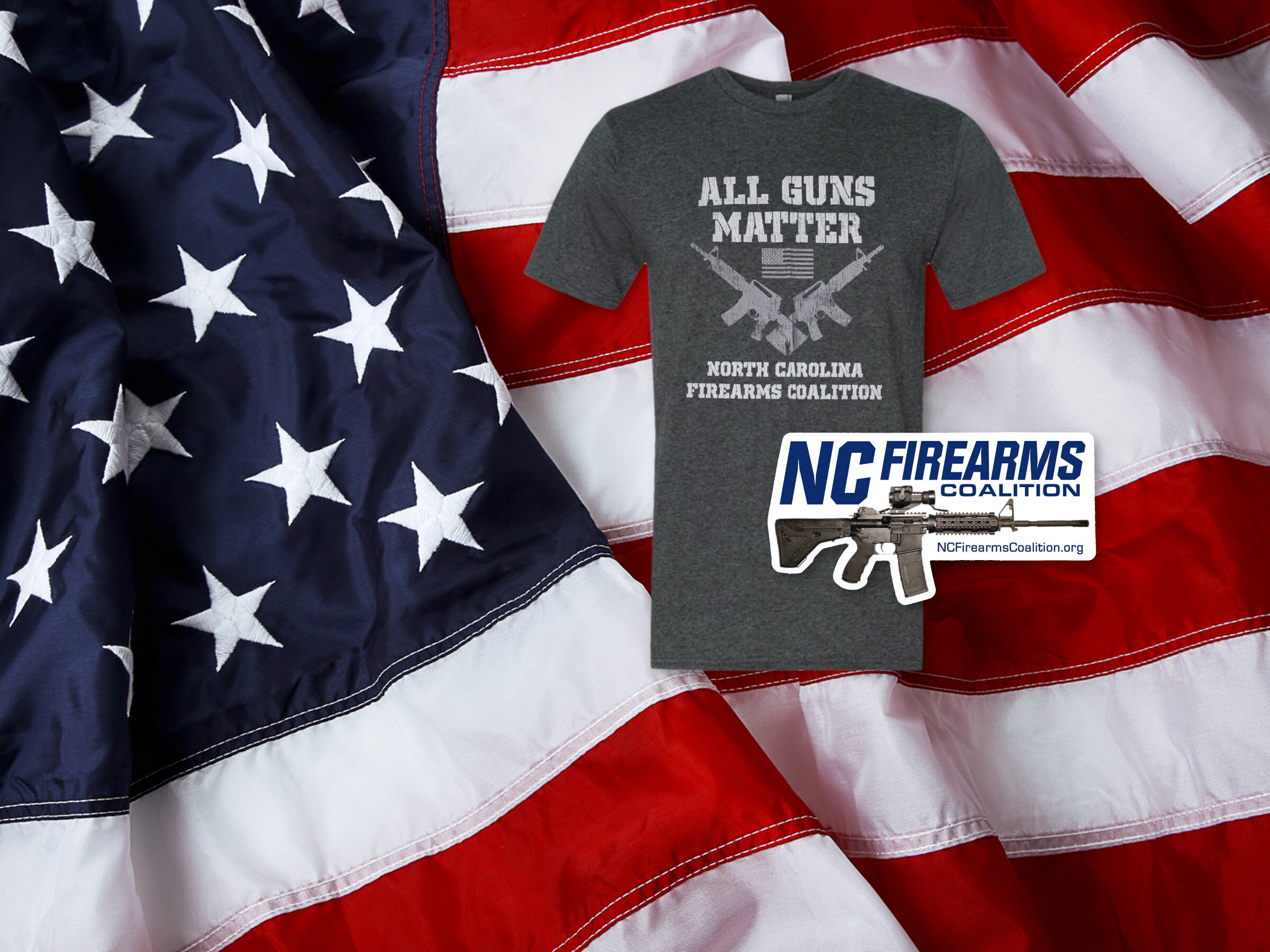 (A view of the NCFC T-Shirt that comes with each new or renewed membership during the month of July.)

To get your FREE T-Shirt and member decal, just join or renew your membership in North Carolina Firearms Coalition today!

Remember, even if you are already a 2021 member or Lifetime member, you may also purchase gift memberships for family members who you want to see enjoy the same 2nd Amendment rights that you and I enjoy.

We are running this special offer for the month of July, but by ordering now you can ensure faster shipping as we will run out of some sizes faster than others.

Have a great 4th of July!

P.S. Brave men and women fought and died nearly 250 years ago so that you and I could enjoy the freedoms that we have today.

Now with Joe Biden and the Communist Left ratcheting the battle to destroy American to a fever pitch, I hope that you will join the thousands of other members of North Carolina Firearms Coalition and help us battle to defend freedom!

To celebrate the 4th of July, North Carolina Firearms Coalition is offering a FREE T-SHIRT and membership decal to anyone who joins or renews their membership during the month of July!

These high-quality shirts come in a wide range of sizes and are the most comfortable shirt you can imagine!

To get yours, simply join (or renew your membership) NCFC today and make sure you indicate the size of the shirt you need.

(Note: If you are already a 2021 member or Lifetime member, you may also purchase gift memberships for family members who you want to see enjoy the same 2nd Amendment rights that you and I enjoy!)