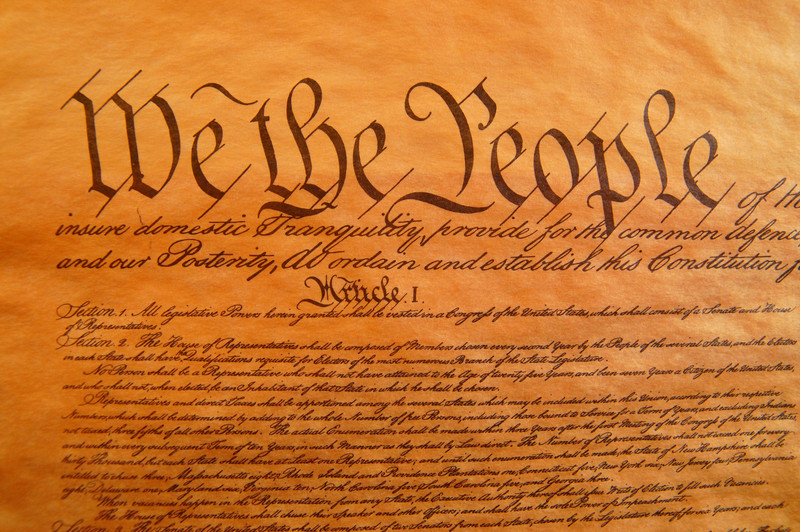 While Biden’s handlers are doing everything they can to crush our God-given right to keep and bear arms in Congress, leftist prosecutors are doing the same thing all over America.

So while mobs of violent thugs shot, robbed, looted, and burned their way all over America during the ‘mostly peaceful protests’ of 2020, virtually none of them were ever prosecuted.

But when Kyle Rittenhouse dared to defend himself against multiple armed attackers, he was arrested. And when Mark McCloskey and his wife held a violent mob at bay with an AR-15 and a .380 pistol, they were the ones indicted on felony crimes!

For many local, state, and federal prosecutors these days, pursuing justice has been replaced with pursuing a leftist political agenda and attacking law abiding gun owners!

That’s why Congressman Matt Gaetz has filed national Stand-Your-Ground legislation (H.R. 6248) that would grant badly needed legal protections to gun owners who are forced to defend themselves against violent criminals!

Now it’s time that your Congressman do his/her part and add their name to this bill as a co-sponsor. Tell them to do that, by sending them your PRE-WRITTEN EMAIL now!

Congressman Gaetz’s Stand-Your-Ground legislation would grant some of the same self-defense laws that we enjoy here in North Carolina to gun owners across the nation by:

>>> Making it clear that the American people have the right to use deadly force to stop a predator before he can carry out a violent crime that could result in ‘great bodily harm’ or death.

>>> Making it clear that these protections extend to gun owners who are justified in threatening to use force, but don’t have to use it, as was the case with Mark McCloskey.

>>> Making it clear that a gun owner who is forced to defend himself or another innocent person, may do so without having to retreat first. Without this language, you could wind up facing the same felony charges that Kyle Rittenhouse did!

>>> Making it clear that using Stand-Your-Ground as an affirmative defense CAN NOT be used by criminals, by limiting it to those who are not engaged in criminal activity and who are legally present at the time of the use of force.

As you can see, passing this legislation is exactly what we need to do in an era when justice has been perverted, and law-abiding gun owners are the ones facing spurious charges!

Now it’s time for North Carolina’s Congressional delegation to join in this fight by co-sponsoring this legislation!

Politicians these days — especially the Republicans — love to tell gun owners that they are fighting to stop Nancy Pelosi’s war on the Second Amendment in the halls of Congress while doing absolutely nothing.

This is their chance to stand up for gun owners and take the fight for freedom on the offensive! Tell them to do it.

There was a time when prosecutors put criminals in prison for crimes against innocent people. These days, in many cases, they are looking for ways to put innocent people into prison, for daring to stop violent criminals! That’s why we need H.R. 6248!

The elections are already in sight; gun grabbers are increasingly becoming nervous about their prospects of hanging onto the House and Senate. Now is the time to take the fight to the gun-grabbers!

Congressman Gaetz understands this, which is why he filed this bill. But to send the right message in D.C., this bill needs dozens of co-sponsors. And that’s why we need to take action!

After you’ve sent your email to your Congressman, you’ll be taken to a confirmation screen and given a chance to make a donation to help the North Carolina Firearms Coalition fight for this bill.

Everything we do to hold the line for our Second Amendment is dependent upon your generosity as we don’t have an NYC billionaire supporting us like the gun control movement does.

So please make a donation so the North Carolina Firearms Coalition can continue fighting for you here in Raleigh and in Congress. Everything is on the line in 2022, so please be generous.

P.S. Urged on by Joe Biden’s hatred for gun owners and anyone who opposes his lunatic agenda, state and federal prosecutors are coming after gun owners for the ‘crime’ of defending themselves more and more.

Congressman Matt Gaetz has just filed H.R. 6248, a national Stand-Your-Ground law, which would provide badly needed legal protections for gun owners who are forced to defend themselves!

Now it’s time that your Congressman co-sponsors this legislation. Tell him/her to do that, by sending this PRE-WRITTEN EMAIL today!

When you’re done, please make a donation to help us get more gun owners involved in this fight and our work at the statehouse.