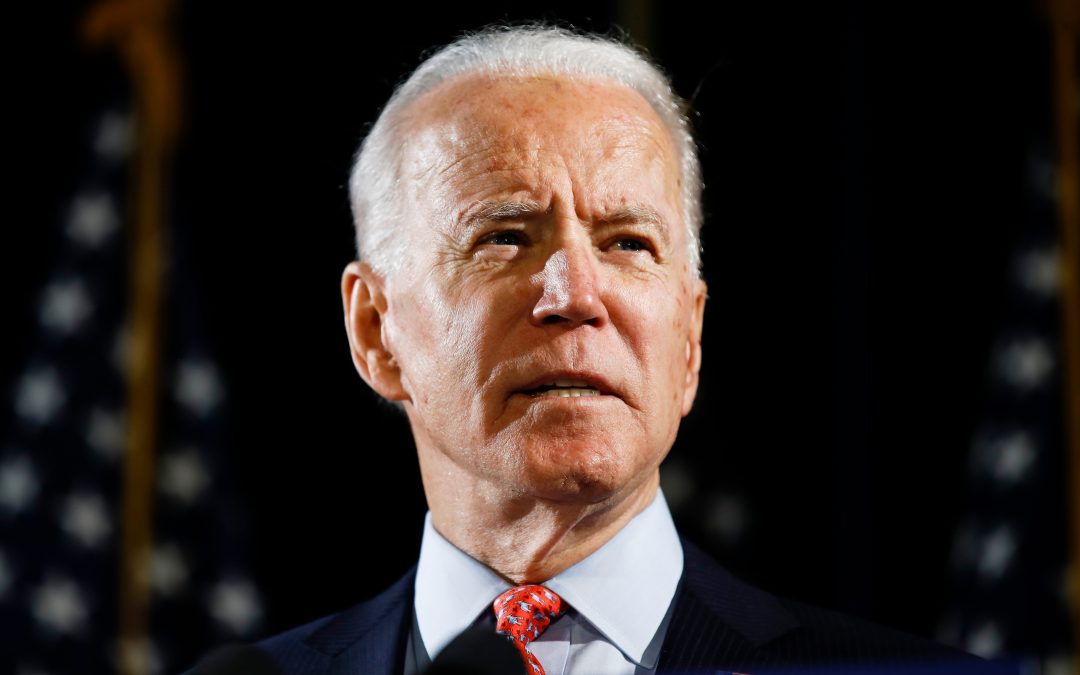 In just a few weeks, the first round of Joe Biden’s Executive Orders attacking our gun rights will likely be in effect.

Joe Biden is a pathetically weak President who can’t pass his gun control agenda through Congress (but that can change, fast!) so he’s turning to Executive Orders to try to please the gun control billionaires who put him in office in the first place.

These orders, if implemented, would make criminals out of gun owners who own pistol braces or who have ‘unregistered’ 80% lower firearms — something that is wildly popular in North Carolina!

Of course, Biden is counting on North Carolina cops, deputies, and troopers to enforce these new attacks on gun owners, too.

That’s why it’s essential that North Carolina lawmakers stand up for gun owners and pass the Second Amendment Preservation Act the moment session resumes. More on that below.

The good news is that the North Carolina Firearms Coalition has been working all summer on the Second Amendment Preservation Act (SAPA) and plans to file the bill early next session!

The even better news, is now that Missouri has passed SAPA legislation into law — a fight that I personally assisted in on behalf of the Missouri Firearms Coalition — there is no more argument as to whether or not states have the right to enact SAPA.

Now it’s time for action — sign your petition below telling your State Representative and State Senator to support SAPA legislation next session!

As a reminder, SAPA law is very straightforward.

And since the overwhelming majority of federal laws are enforced by state and local law enforcement agencies, SAPA means that Biden’s war on gun owners would fall flat on it’s face!

Despite what the gun-grabbers are saying, the states have an absolute right to tell the feds that they won’t spend state money and state manpower enforcing federal laws they disagree with.

This issue has been ruled on repeatedly by the Supreme Court. And they have always ruled that the federal government can’t simply ‘commandeer’ the states and force them to enforce federal laws they disagree with. See cases like Murphy v NCAA, NFIB v Sebelius, Mack v United States, Prigg v Pennsylvania and more!

And don’t forget, the radical left has been ignoring federal laws thy disagree with for over a decade when it comes to marijuana and sanctuary cities for illegal aliens.

Clearly, we can use SAPA law to stop the enforcement of Joe Biden’s war against gun owners, too!

But we have to be careful. There are plenty of ways that the politicians in Raleigh can weaken SAPA and make it almost worthless by removing the penalties attached to it.

You see, for SAPA to work, we need to have penalties attached to it or else anti-gun police department heads (like Wade County Sheriff Gerald Baker) could simply ignore it without consequence.

That’s why our SAPA legislation allows individual gun owners to bring government agencies who violate SAPA law (and their gun rights) to civil court — where each violation of SAPA law carries a $50,000 fine!

If the politicians in the Capitol remove this part of the bill, then this will be for nothing.

The other benefit to passing SAPA is the protection it gives to pro-gun cops (the vast majority of them are, here in North Carolina) who don’t want to enforce Biden’s war on gun owners.

Since the beginning of the year, we’ve heard from troopers, deputies, and city cops who are concerned about being ordered to enforce gun control — which would force them to violate their oath to the Constitution or lose their job.

But when we get SAPA on the books, North Carolina cops who are ordered to enforce federal gun control simply have to point to North Carolina’s SAPA law and remind their department that enforcing Biden’s gun control agenda would be a crime!

But before SAPA can protect gun owners, the Second Amendment, and honest cops, the legislature needs to pass it into law! To do that we’re going to need to pour on grassroots pressure.

So please sign your OFFICIAL PETITION, calling on your State Representative and State Senator to cosponsor and vote for the Second Amendment Preservation Act!

But I need to ask for more than just your signed petition.

Passing SAPA is going to be a fight. We’re going to be using radio and digital ads, direct mail, texting services, and our infamous email program to help flood the legislature with grassroots support for this legislation.

It’s a fight the North Carolina Firearms Coalition knows how to wage. But we need your support to be able to do this. So after you’ve signed your petition in support of SAPA, please consider a donation to help us ramp up the heat for this bill!

DONATE TODAY TO HELP US PASS SAPA LAW IN NC!

There is a reason that the Department of Justice is doing all they can to overturn Missouri’s SAPA law. Joe Biden and the America-hating ghouls that surround him in DC know that if SAPA spreads, it will undo their entire agenda!

Help us do that, while protecting our gun rights at the same time! Take action today!

P.S. Biden’s Executive Orders attacking our gun rights are right around the corner. In fact, it could be illegal to have a pistol brace or an unregistered 80% lower receiver in just a few weeks.

Missouri passed SAPA law earlier this year, and it has already been upheld by the courts! Now, it’s North Carolina’s turn. Sign your petition telling your lawmakers to pass SAPA when session resumes!