Running Towards the Gunfire Unarmed and Helpless!

Last week saw another shooting in a dangerous ‘Gun Free Zone,’ this time at a high school in Arlington, Texas.

The would-be murderer was a student at the school, who shot three people before fleeing the school like the coward that he is. He later gave himself up to authorities after a brief search.

Already the starry-eyed left is trying to use this shooting as a justification to pass waiting periods, ‘Universal Background Checks,’ and ‘Red Flag’ laws in Congress.

They should be ashamed of themselves.

The truth is that their existing gun control policies have turned America’s schools into shooting galleries. Every sicko in the country knows that our schools are full of unarmed teachers, staff, and parents who are unable to fight back.

That was the case in Arlington.

You see, while everyone else fled the sound of the gunfire in a panic last week, 25-year-old English teacher Calvin Pettitt ran TOWARDS the gunfire unarmed, determined to stop the shooter with only his bare hands. 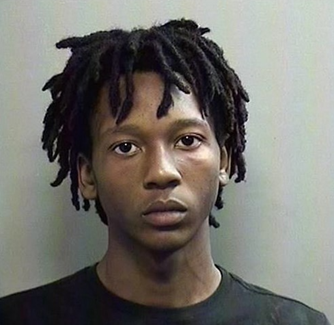 (Pictured above, the piece of trash that shot a teacher and several students in an Arlington, TX high school recently.)

It’s a common scenario that has played out many times; teachers who love their students, throwing their bodies in front of them or attacking active shooters with their bare hands, because state and federal laws make it a crime to carry in school!

Pettitt was shot as he tried to protect his student, with the bullet entering his back, breaking several ribs, collapsing his lung, and barely missing his aorta.

It shouldn’t have ended this way. Pettitt should have had the option to carry a concealed handgun at work. If he did, he could have pumped 15 rounds of 9mm JHP’s into the would-be murderer ending the threat — instead of laying in a hospital bed fighting for his life. 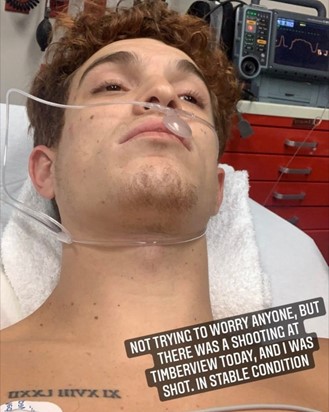 (25-year-old teacher Calvin Pettitt posted this picture on his Instagram account, hours after being shot while trying to save his students from an armed gunman.)

Sometimes it can be easy to lose track of the everyday impact that gun control has on our lives.

The truth is that over 1,000 people have been shot (some killed, some wounded) in deadly gun free zones over the last decade thanks to arrogant politicians who decided that ‘We the People’ shouldn’t have the right to defend ourselves in these areas!

But instead of these politicians falling to their knees and begging the American people for forgiveness for enacting these deadly policies, gun-grabbers are doing everything they can to pass more of them.

And that’s why North Carolina Firearms Coalition fights viciously hard in Raleigh to make sure that gun control bills die the moment they are introduced in the Capitol.

Our forefathers fought and died to make sure that America was a special country on earth, a country where ‘We the People’ always have the right to keep and bear arms.

They knew that if we ever lost that right, America would be overrun by criminals and tyrants alike. Our political enemies know that today, too.

They want to turn this beautiful country, the last bastion of freedom on the earth, into a socialist ‘utopia’ where only the government (and criminals) has guns and where the people are unarmed and helpless.

North Carolina Firearms Coalition is fighting to stop them with everything we’ve got, as are our sister groups all across the nation. And thanks to your support, we’re winning this fight!

But we can’t let up!

So if you’re not yet a member of North Carolina Firearms Coalition, it’s time to get involved in this fight. You can become a member today!

If you’re already a member of North Carolina Firearms Coalition, please consider a special donation to help us continue fighting for you. If we lose our Second Amendment freedoms, we’ll never get them back.