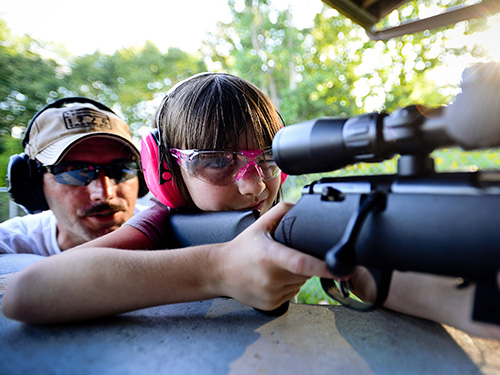 With pressure building for the Second Amendment Preservation Act (SAPA) here in North Carolina and in ‘red’ states across the country, there is a danger that gun owners need to be watching for.

Should a politically motivated department at the state or local level violate SAPA law and enforce federal gun control laws, they would be open to a civil suit.

That’s why passing SAPA legislation is a major undertaking, as the gun-grabbers, the media, and the lobbyists who represent North Carolina’s law enforcement community are dead set against it.

This puts spineless politicians in a bind.

They want the political capital that comes with passing major gun rights legislation. But they don’t have the guts to deal with the gun-control crowd and pass the legislation we described above.

That’s why politicians in a growing number of ‘red’ states are passing Second Amendment Resolutions (a statement of legislative support for a topic, not an actual law) hoping to fool gun owners into thinking that they’ve passed SAPA legislation.

Consider the SAPA law that Missouri passed last month with the SAPA resolution that Nebraska passed in April.

In Missouri, it’s a crime for state and local authorities to enforce federal gun control laws. In Nebraska, nothing has changed in state law, allowing local officials to enforce whatever executive orders or legislation Biden enacts.

In Missouri, if a law enforcement agency violates SAPA law, the individual gun owner can sue that department in civil court for damages. In Nebraska, gun owners have no recourse if a local department seizes their firearms pursuant to federal law.

In Missouri, it’s a crime for local and state agencies to even assist federal authorities with the enforcement of federal gun control laws. In Nebraska, state and local agencies are free to help the feds in any way they see fit.

Do you see the difference?

But for a politician looking to cash in on the SAPA rage that is crossing ‘red’ America right now, sponsoring or voting for a SAPA resolution is political currency they can use at election time.

Sure, the resolution won’t do anything to stop Joe Biden. But by the time gun owners figure that out, these politicians will likely already be through their next re-election and safely back in office for another 2 to 4 years.

When the 2022 legislative session rolls around and North Carolina Firearms Coalition is leading the charge for the Second Amendment Preservation Act, don’t be surprised to see moderate Republicans trotting out a worthless resolution instead.

Sign your petition in support of the Second Amendment Preservation Act today — and make a donation to help us get this done here in North Carolina!

P.S. The Second Amendment Preservation Act is a law that protects gun owners from federal tyranny, by making it a crime for state and local authorities to enforce federal gun control.

Second Amendment Resolutions are meaningless documents, that carry no legal weight and offer no protections to gun owners.